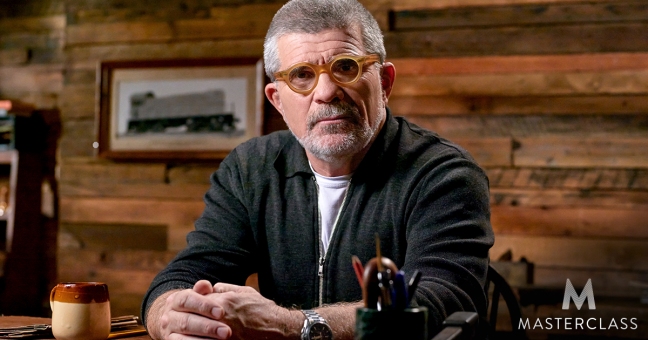 David Mamet, an established U.S. playwright and director, now teaches an online masterclass on dramatic writing. I got this class as a Christmas present a month ago (very original!) and I’ve just completed it so here are the highlights.

Admittedly, Mamet’s story-telling style is easy-going and conversational which makes all topics revolving around the subject of dramatic writing rather accessible to the amateur learner. On the flip-side, Mamet is rather verbose and often gets side-tracked in anecdotes and decades of experience in the industry so it’s not uncommon for the listener to get lost in the maze that is his brain.

Out of the full 26 chapters or episodes in the class, the first 10 are probably the most useful but if you manage to stick through it, all the way to the end, you’ll learn a number of things:

And boom, you have a play! In short, a traditional three-act play, movie or book script (or any other story for that matter) should follow the following structure:

The protagonist wants something –> He goes on a journey to obtain it –> He either does, or doesn’t manage to get what he wants. THE END.

In all honesty, Mamet is completely winging this class. It is clear that he made little effort to prepare any sort of notes or come up with any great structure for the class, which is why after a few chapters the narrative gets really long-winded and the student is tempted to tune out, or quit altogether.

All in all, this class will still help you learn the basic of drama writing and it’s undoubtedly entertaining but don’t expect it to significantly up your game if you’re already a decent writer.

This site uses Akismet to reduce spam. Learn how your comment data is processed.