The success of Apple – the U.S. corporation whose valuation is projected to hit $1 trillion later this year – has largely depended on their product vision and ability to control the product development, production and distribution chains in a tightly knit ecosystem of operating systems, application software, hardware and services, which remains unprecedented to-date.

Throughout the years of its thriving existence, Apple has been able to achieve a coveted iconic status in the consumer electronics industry thanks to a distinct strategy that focuses on innovative practices, not limited to its products’ unique design and aesthetics, premium pricing and seamless software-hardware integrations.

Apple’s unique strategy includes building their own retail and online stores, supported by an effective third-party distribution network, which doesn’t compete with Apple on price, while striving to match the appeal of Apple’s own POS centres by providing a consistently high level of point-of-sale and post-sale user and support experiences.

An epitome of a global organisation, Apple’s products are sold in 115+ countries by 450+ owned retail stores, 25+ e-commerce websites and countless authorised resellers. Apple’s early marketing strategy included developing global campaigns, localising them and launching them into their main markets. Creating truly local, culturally sensitive messages and programmes that appealed to the specific tastes of each target market, was not in the cards for a long time.

During Apple’s humbler beginnings, the company’s product strategy was their de-facto marketing strategy. They built attractive and highly performant products that were easy to use, which was sufficient in luring in target groups, with whom this message resonated. That worked for a while, during a time when virtually no competition existed for the type of unique products Apple sold, and they hardly concerned themselves with outshining contenders. There was little need for fancy ad campaigns or any other investments outside of improving their product offerings, which is precisely what they did. 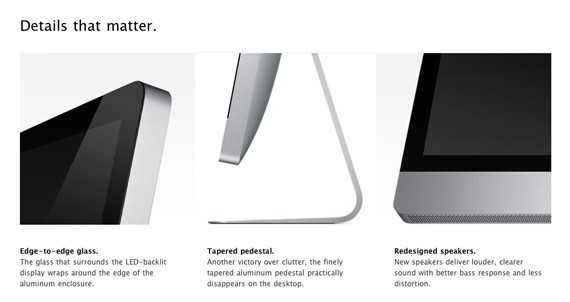 Apple’s product and pricing strategy was standardised in the 90’s and early 2000’s. If you looked at Apple’s stores, websites and resellers you would find products with the same packaging, uniform premium prices and a consistent customer-focused retail sales approach. The only regional differences were essentially the languages, the local currency in product prices, and the service plans, for the most part restricted to North American consumers.

During Steve Jobs’ tenure as Apple’s leader, the company’s iconic keynotes and resultant media buzz were the most prominent ways the giant generated excitement around new products and product versions, closely followed by the actual product launches. The latter were carefully planned out and happened largely at around the same time, worldwide. The beautiful packaging, minimalistic and user experience-driven physical and virtual storefronts contributed to the success of this self-reliant strategy. In the years preceding Jobs’ death in 2011, however, things started to take a sharp turn.

The need to tout their own horn

In the past 7+ years, Apple gradually ceased being the only viable option for design- and status-conscious consumers as its competitors (Samsung, Google Huawei on the smartphone market, Lenovo, ASUS and Dell on the PC market, etc.) started to catch up quickly, competing not only on price but also on quality. The changing landscape, along with Apple’s continuing high-end pricing strategy made it necessary, for the first time, to compete on a marketing vs. exclusively on a product level.

Providing consumers with good reasons to continue choosing Apple over their cheaper and nearly as qualitative counterparts would have to be done in more proactive and inconspicuous ways. This led to natural shifts in the Apple’s marketing mix – from entirely inbound to a mixture of inbound and outbound tactics. They continued to show consumers Apple products in minimalistic, understated ways which were not as much about the brand as they were about the superiority of the product design, functionality and technical features. They did this not by telling us they were better but, in traditional Apple style, by demonstrating what their products could do, whether by using photographs or videos shot with the latest iPhone X, or having fun with displaying the abilities of superb, Mac-exclusive applications.

A testament to Apple’s shift in marketing strategy is the amount of their advertising spend, which according to their recent tax filings have increased more than tenfold between 2009 – 2017. In 2009 Apple lagged in ad spend, compared to competitors Microsoft and Samsung, however, in early 2016 they started to overtake Samsung on multiple occasions. And then, in late 2016 they restructured the way they reported ad spend on tax statements, practically concealing the actual amounts previously reported to investors in public financial results. 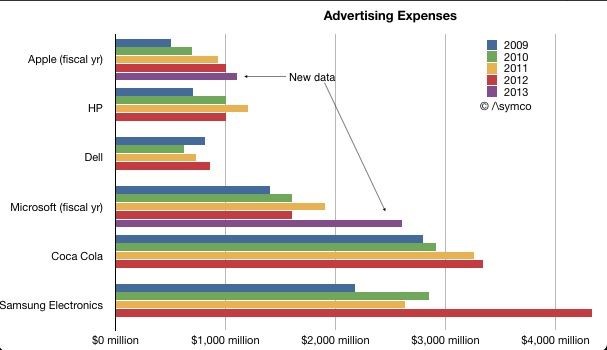 Figure 2: Asymco data chart showing Apple’s expenses between 2009 – 2013 are far lower than those by competitors Microsoft and Samsung.

With it, Apple’s shift in global marketing strategy brought on the necessity to create geo-specific ads, conceived with specific audiences and markets in mind. Apple is also reportedly spending upwards of $100 MLN annually on marketing and advertising campaigns worldwide, despite having invested far less in earlier years.

According to Apple’s long-time agency TBWA/Media Arts Lab, since early 2017 Apple has been focusing their efforts on more digital and regional campaigns that bet on Apple’s understanding of how global trends affect local tastes. The tech giant is no longer sticking to their signature ‘’one message fits all’’ style when it comes to making sure their products are well received globally. In recent video ad campaigns, including one created for Brazil’s 2016 Carnival, we see Apple addressing local markets of importance directly, rather than localising global campaigns and hoping they work on a local level.

Customised approach brought on by the need to advertise

For many years Apple had no real need to spend millions of dollars on outbound advertising. Consumers were informed about the company’s products and their new features via word of mouth or media and they sought them out directly. Loyal Apple fans still need little encouragement to splurge on the latest iPhone or Apple Watch as soon as they come out in retail. To keep or acquire additional high-end market share and grow, Apple needs to do better than that.

Continuously justifying their products’ premium price tags with added value and a unique proposition which combines innovation, quality, features and flair and creating effective messaging around that, is a step in the right direction. In addition, as tech giants start to get increasingly local in the way they price, distribute and market consumer electronics, Apple must follow suit or risk getting left behind and losing market share to more affordable, comparable in quality and design, competitive products.

Gone are the days when Apple could rest on earlier day accolades and apply global messaging to different markets with distinct needs. As the world becomes more economically unequal, the Cupertino corporation would need to revisit their global pricing strategy as well – something Samsung, Microsoft, Lenovo and Dell have already successfully implemented. By all indications, Apple has taken note of the new, highly competitive landscape and the changing economic reality and begun to take action towards remaining a premium leader and staying relevant in existing and new product categories.

This site uses Akismet to reduce spam. Learn how your comment data is processed.